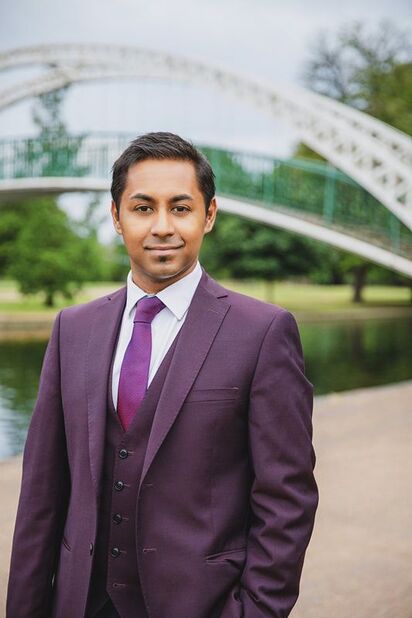 ​Mr Rashid is a Consultant Ear Nose Throat and Head & Neck Surgeon who practices in the NHS at Bedford and the Luton & Dunstable University Hospitals since 2017. He sees patients privately at BMI The Saxon Clinic (Milton Keynes) BMI The Manor Hospital (Biddenham), the Bridges Clinic (Bedford) and the Cobham Clinic (Luton).

​He graduated from St George’s University of London in 2006 and subsequently undertook higher surgical training in ENT first in the North West of England then in the South West of England. In this time he received multiple prizes coming 1st and 2nd (most recently in 2017) for best presentation at national and international meetings. He was also awarded the Ian McKenzie travelling scholarship in 2014.

In total Mr Rashid has presented his work at eight national and fifteen international meetings including at the American Academy of Otolaryngology, the European Academy of ORL and Head & Neck Surgery and most recently at the International Federation of Otorhino Laryngeal Societies in Paris 2017. Mr Rashid has also been an important contributor to the field of ENT research with 29 peer review publications so far including in the Journal of Laryngology & Otology, Rhinology, Current Allergy & Asthma and The Bulletin of the Royal College of Surgeons of England. He is also an active trainer and has been a faculty member of several training courses including the ‘London FRCS (ORLHNS) Course’ as an examiner.

Mr Rashid has expertise in all aspect of adult and paediatric ear nose and throat disorders but has a particular interest in thyroid and parathyroid disease and surgery as well as salivary disease and submandibular and parotid surgery.

Mr Rashid is a caring, dynamic and enthusiastic surgeon who takes tremendous pride in caring for his patients. He has received multiple formal positive feedback from many patients and strives for the very best treatment for every single patient under his care (see testimonials).
www.mrearnosethroat.com
151864434